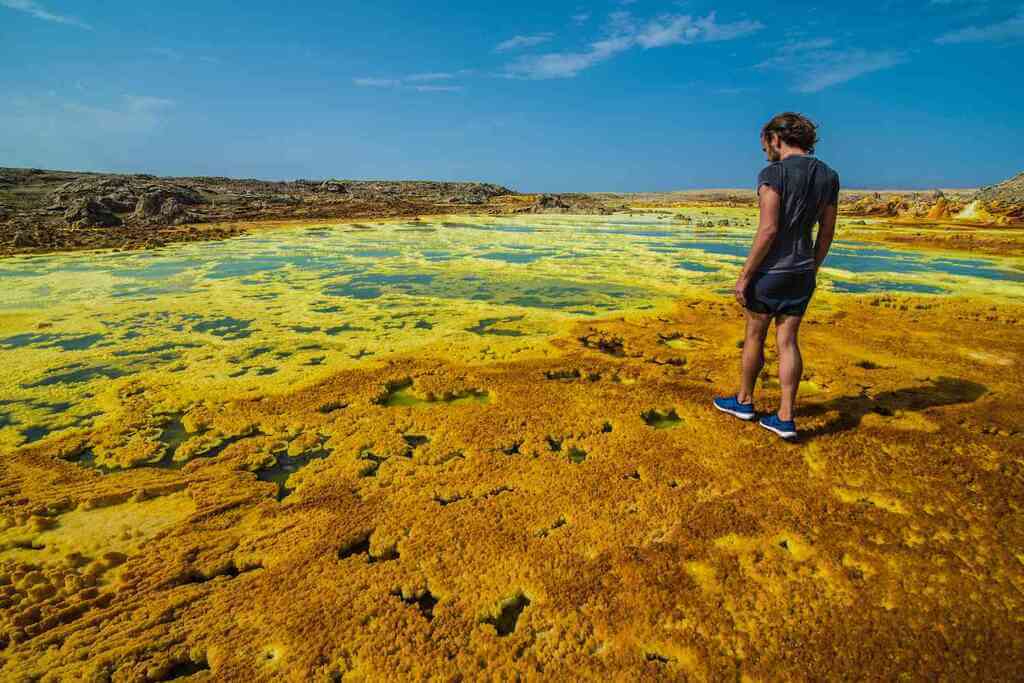 20+ Hottest Places on Earth from Death Valley to Morocco

What is the hottest place on earth? You must have questioned this yourself while planning your next trip. While traveling to a few destinations, you may feel the intense heat and the sun shining brightly. You may wonder if there are any hottest places in the world where temperatures can reach extremes beyond our ability to bear. But are there? Can the temperatures cross such limits?

That’s because of the various geographical and topographical factors.

Top 20 Hottest Places in the World

Do you think your hometown is hot? These are the hottest places on earth (and they’re scorching). 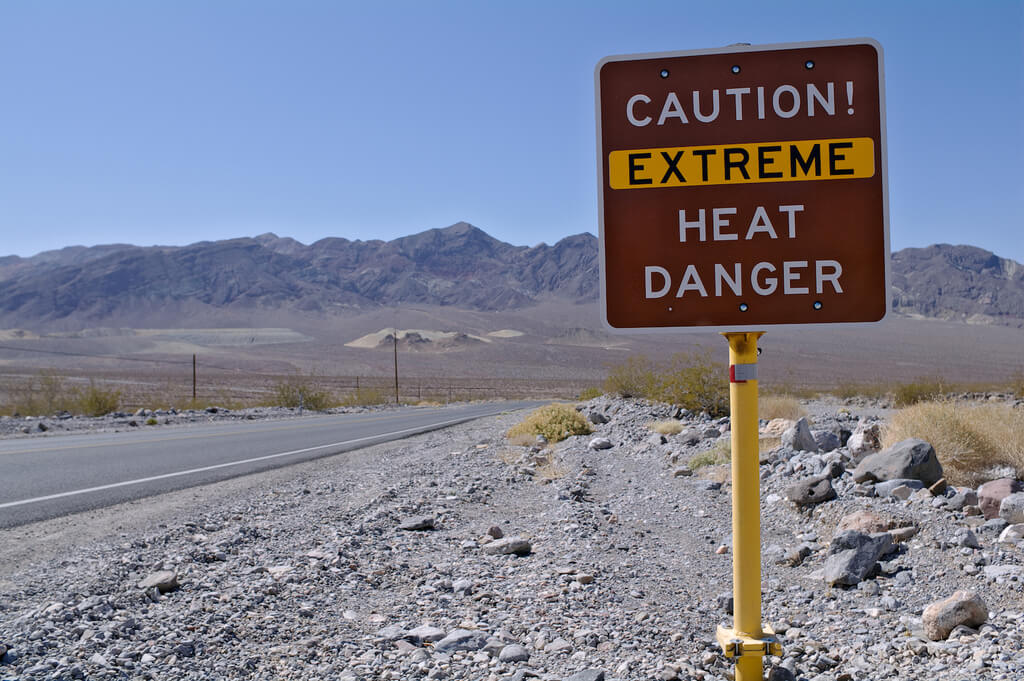 The reasons for being the hottest place on earth right now are the location, topography surrounded by desert air, below sea level, and also the result of a sandstorm. 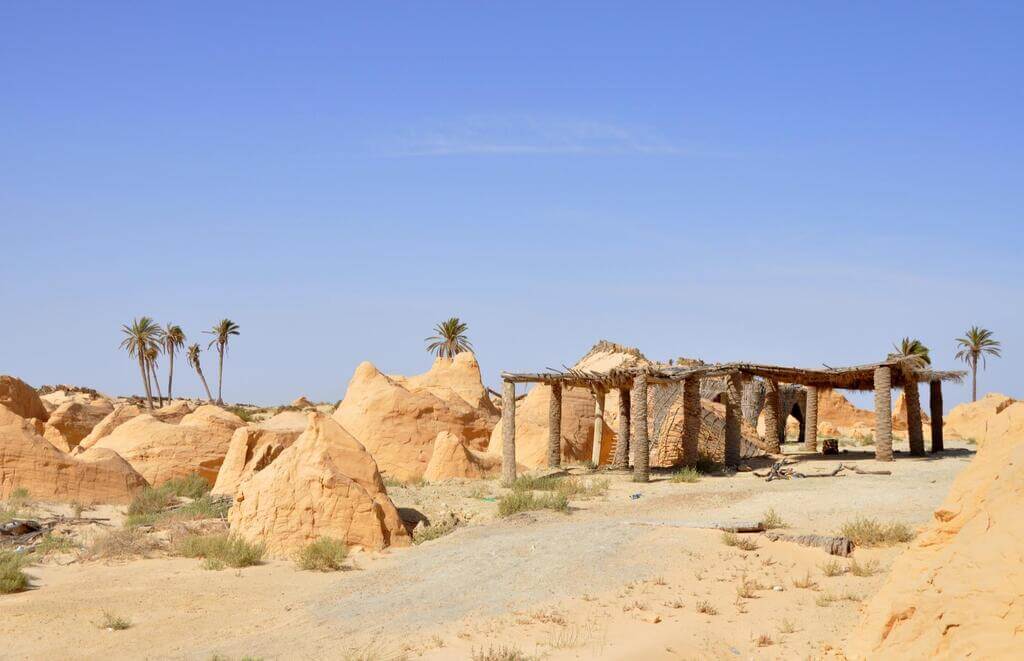 The most hottest place in the world next to Death Valley is Kebili in Tunisia with a record value of 55.0°C (131°F) on July 7, 1931, considered the highest recorded temperature in Africa by African colonial stations. But since 2000, absolute maximum temperatures have reached 48C in summer. Historians state that older recording instruments can vary from modern-day temperature recordings.

Scientists state beautiful Kébili is in the Sirocco’s path of wind which rises in the Sahara and blows the hot desert air north. 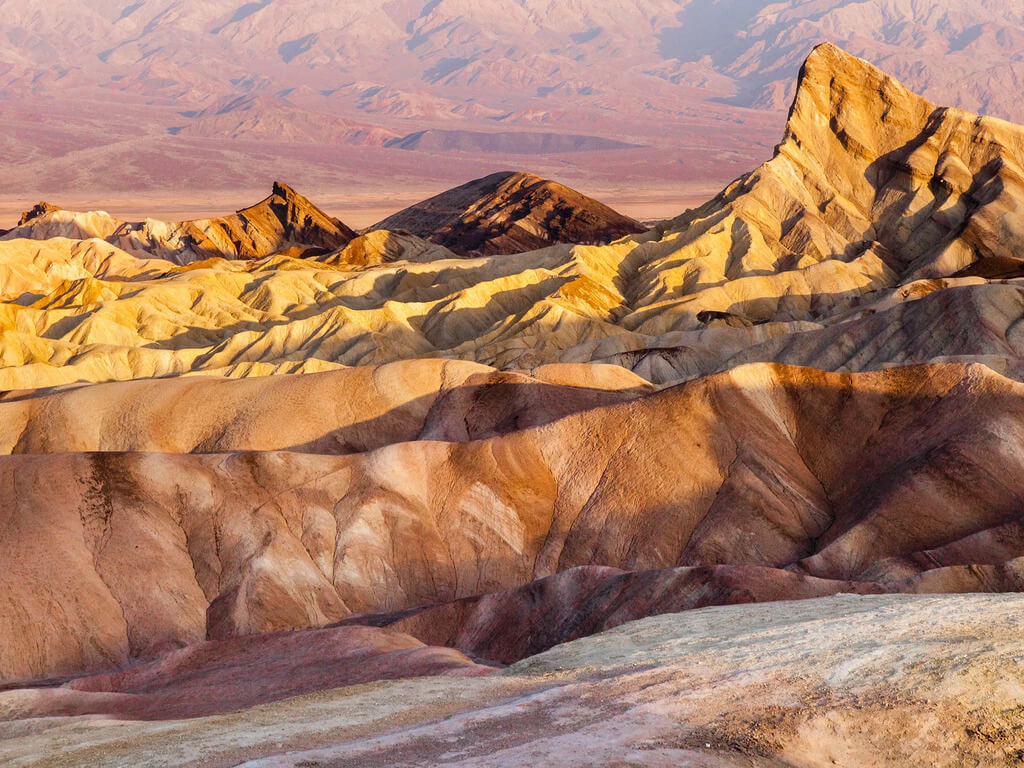 Kibbutz Tirat Zvi is a religious community in Israel and is one of the hottest places on earth. The highest ever recorded temperature was 54°C on June 21, 1942.

Although the region is fertile because of its proximity to the Jordan river, summers and hot temperatures make people’s life hard. Tirat Zvi, which lies 722 ft below sea level, has an unfriendly climate. 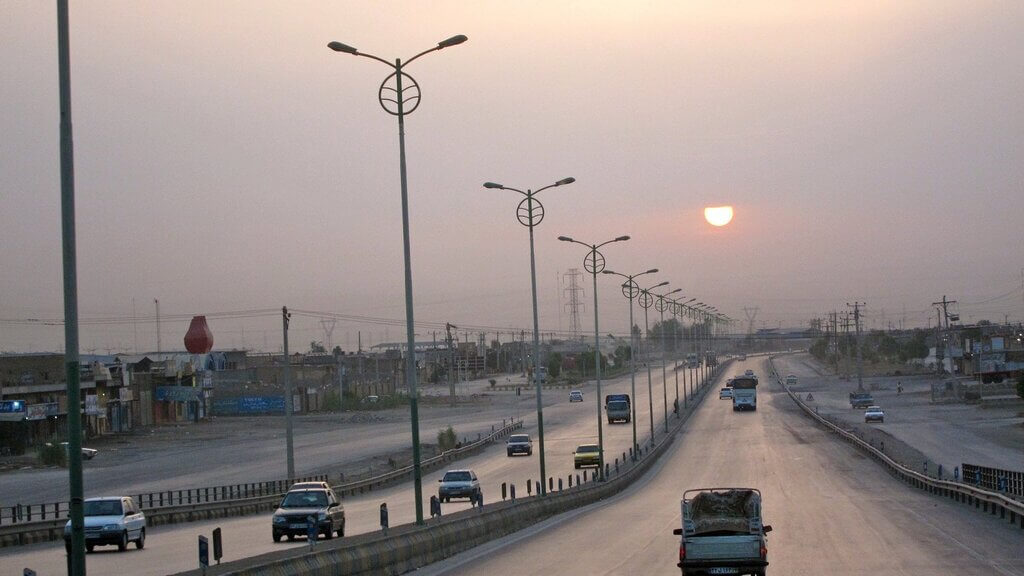 Ahvaz, a city in Southwest Iran, registered the hottest temperatures of 53.7°C (128.7 F) on 21 June 1942. The data was provided by Étienne Kapikian, a meteorologist for Meteo France, the country’s official weather agency.

Kapikian said the temperature is a “new absolute national record of reliable Iranian heat” and that it was the hottest temperature ever recorded in June over mainland Asia. 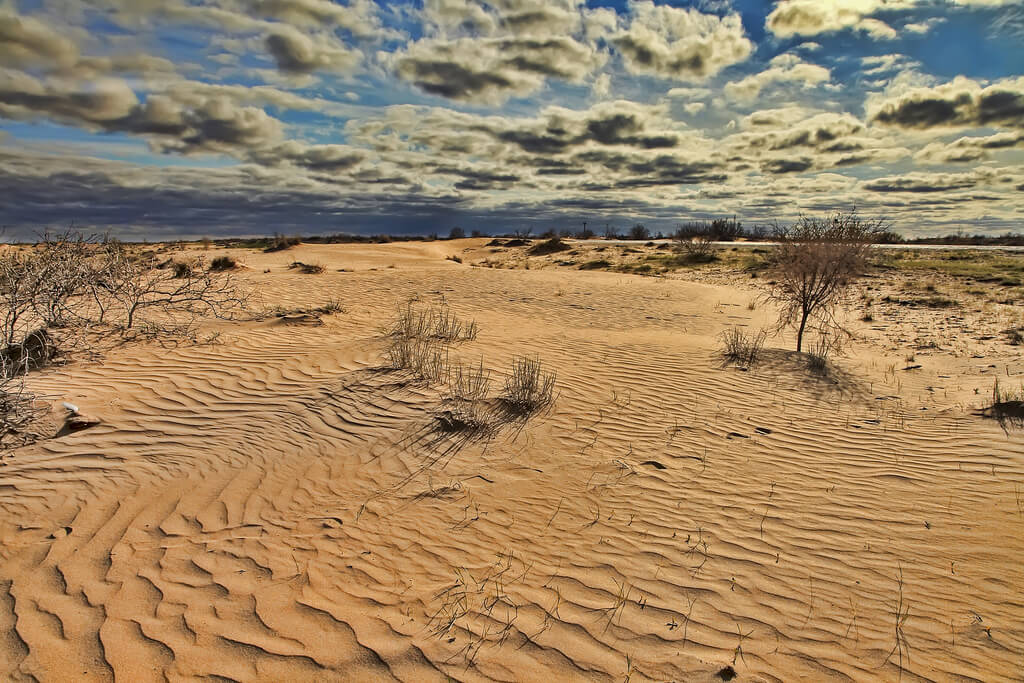 The Karakum Desert is a desert that covers large portions of Turkmenistan in central Asia, where the absolute maximum temperature is 50.1° C. It is central Asia’s hottest place characterized by an arid and moderate climate.

Also called “Gates of hills”; it is home to the Darvaza gas crater. The temperatures reach maximum in the summer due to sun-scorched desert black dunes, rare vegetation, and lifeless rocky areas. 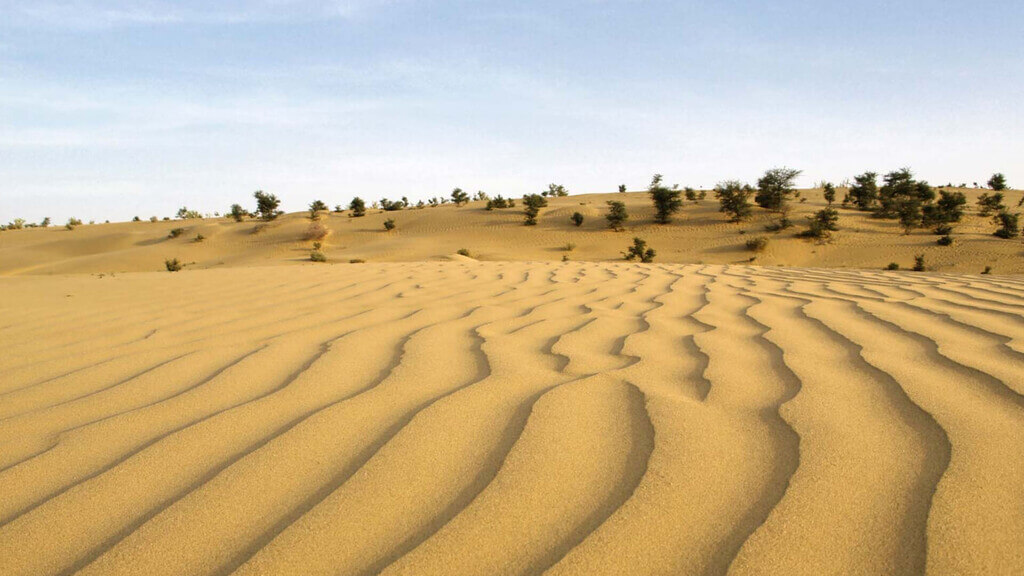 One of the hottest places on the earth right now is Phalodi, a zone of the Thar desert that experiences extreme temperatures because of the arid climate. The desert recorded a high temperature of 51°C (123.8°F) on 13th May 2016.

Reasons for severe hot weather can be because of geographical features, hot and dry northwesterly winds, and dust particles that minimize radiation. 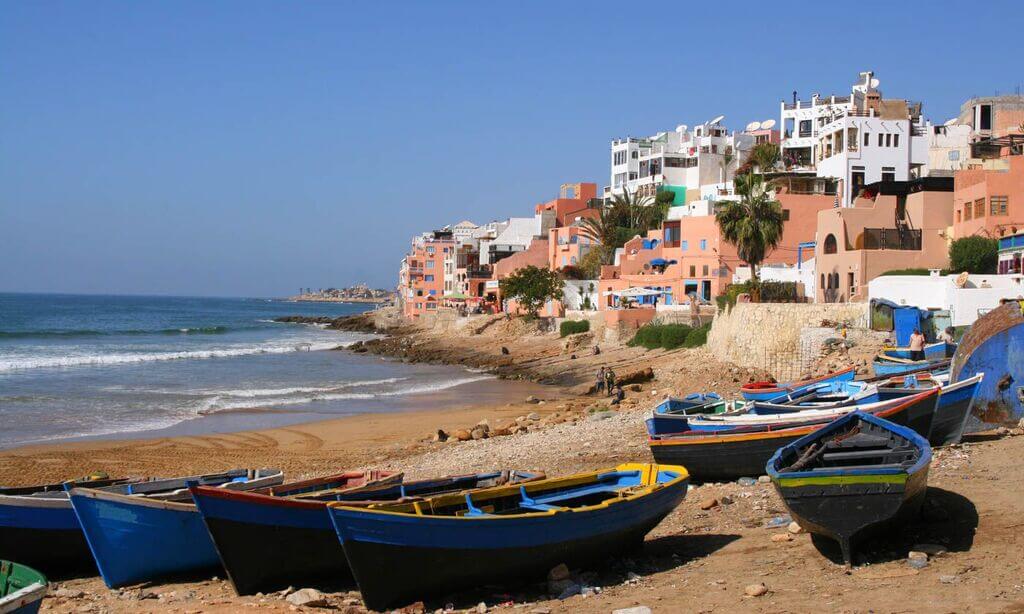 Agadir, a city near the coast of Morocco, has a record of 51.7°C (125.1°F) on July 17, 2012, as the hottest place on earth. Weather historian Christopher C. cites data from the Wunderground International Records database.

The climate here differs as it is a sub-tropical oceanic, mostly temperate and arid, while summers are warm. 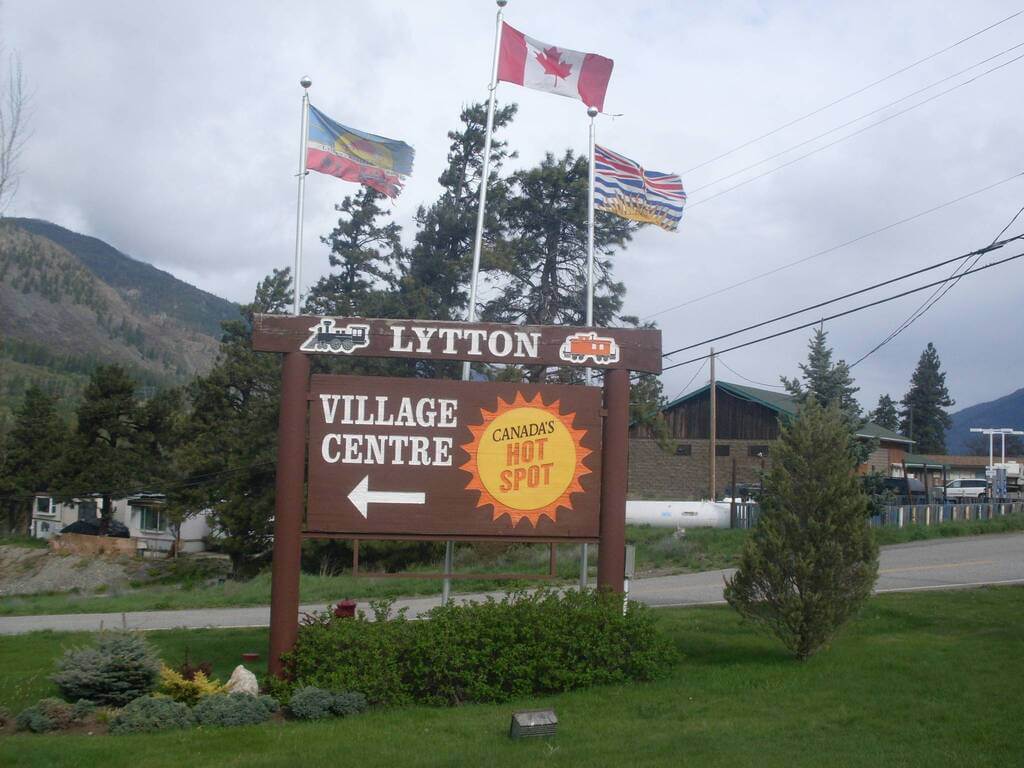 According to Environment Canada, the main reason for the sizzling hot temperature is the “prolonged and dangerous” heat wave. 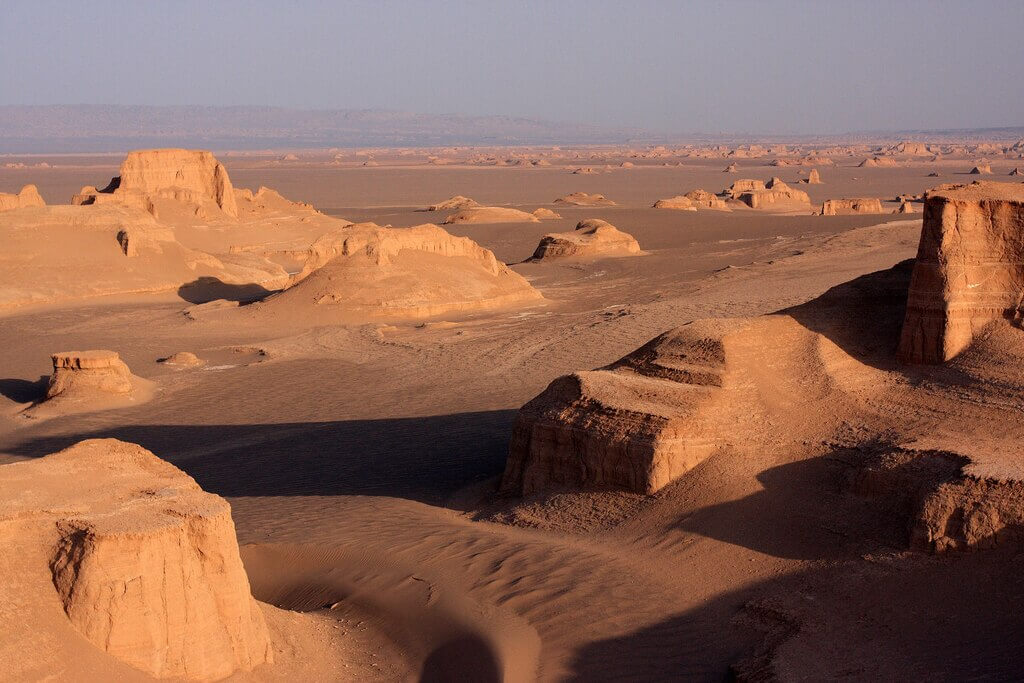 Bandar-e-Mahshahr in Iran, an old city, recorded a second highest heat index of 74 degrees in July 2015 and was the hottest place on earth. The hottest recorded temperature is 51 degrees.

The major cause of such intense heat was the blistering heat wave lingering over the Middle East. 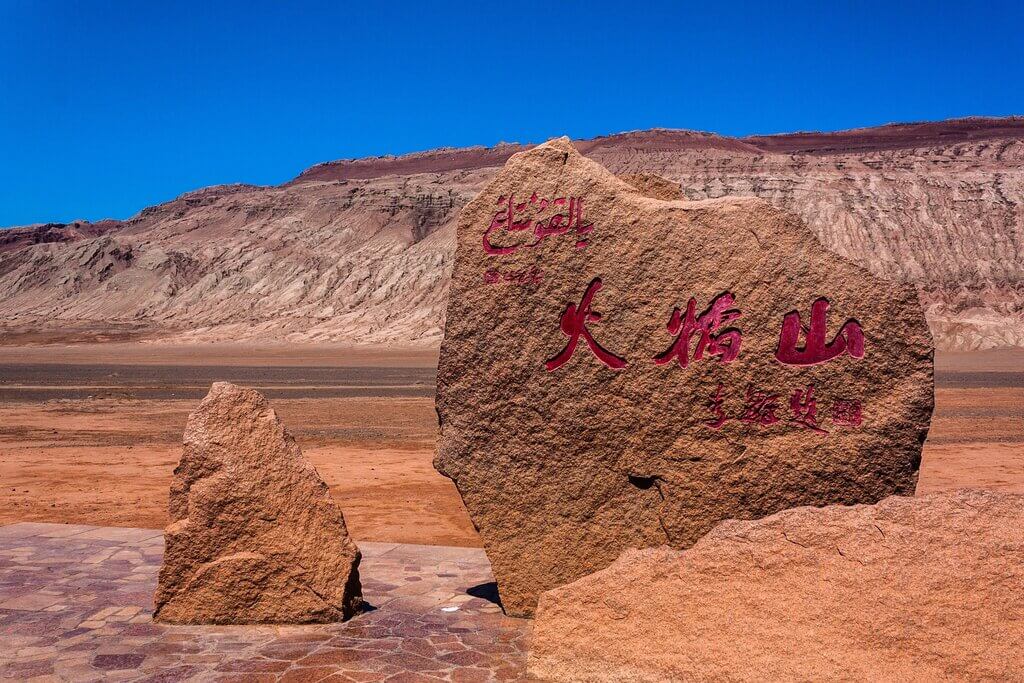 The name “Flaming Mountains” itself suggests that these are related to severe heat. On the border of the Tien Shan mountain range and the Taklimakan desert is a ridge of dark red sandstone known as Flaming Mountain.

According to earthobservatory.nasa.gov, the temperatures can reach from 50°C -80°C in summer to set a record as the hottest place on earth.

The presence of such high heat is because of the geographical location, dry and rocky lands, and topographical conditions.

Located in Northern Ethiopia, Dallol is one of the most remote places on earth, often called “ghost town”. It features an extreme desert climate with an annual temperature of 34.6 °C (94.3 °F). Dallol is the hottest place on earth with a recorded temperature of 49°C.

The region has a hydrothermal field with salt formations, acidic hot springs, and gas geysers. 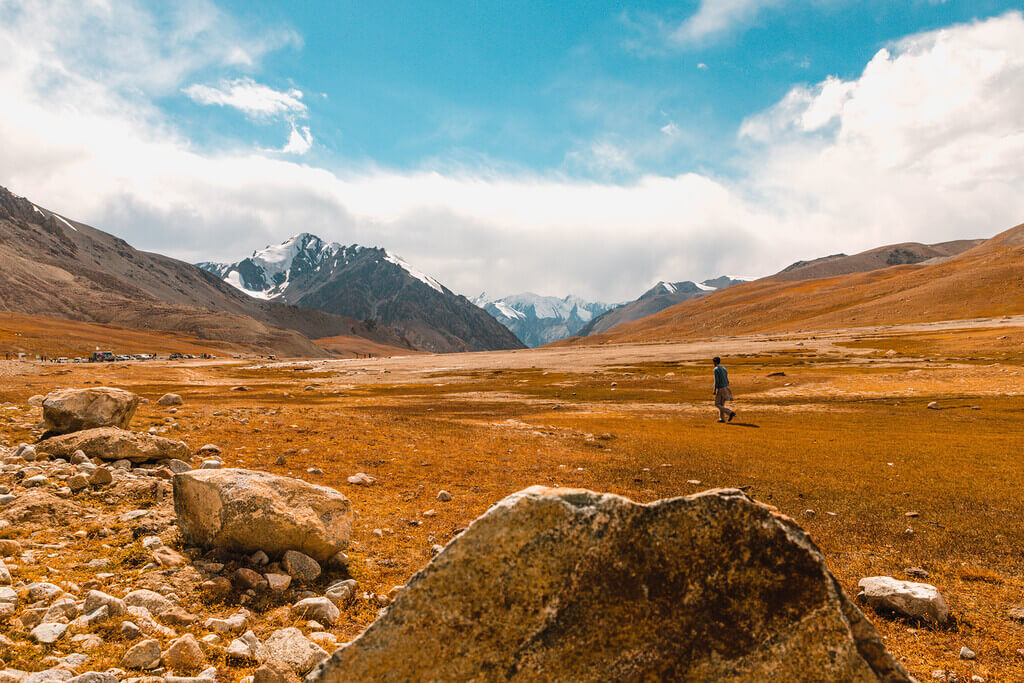 One of the most hottest places in the world is Turbat in Pakistan. Its highest-ever recorded temperature goes as high as 53.7 °C (128.7 °F). It’s a record in Pakistan’s 12-year history, the citizens of Balochistan experienced high scorching heat waves.

According to a meteorologist at the Pakistan Met Department, heat waves are the primary reason for scorching temperatures. 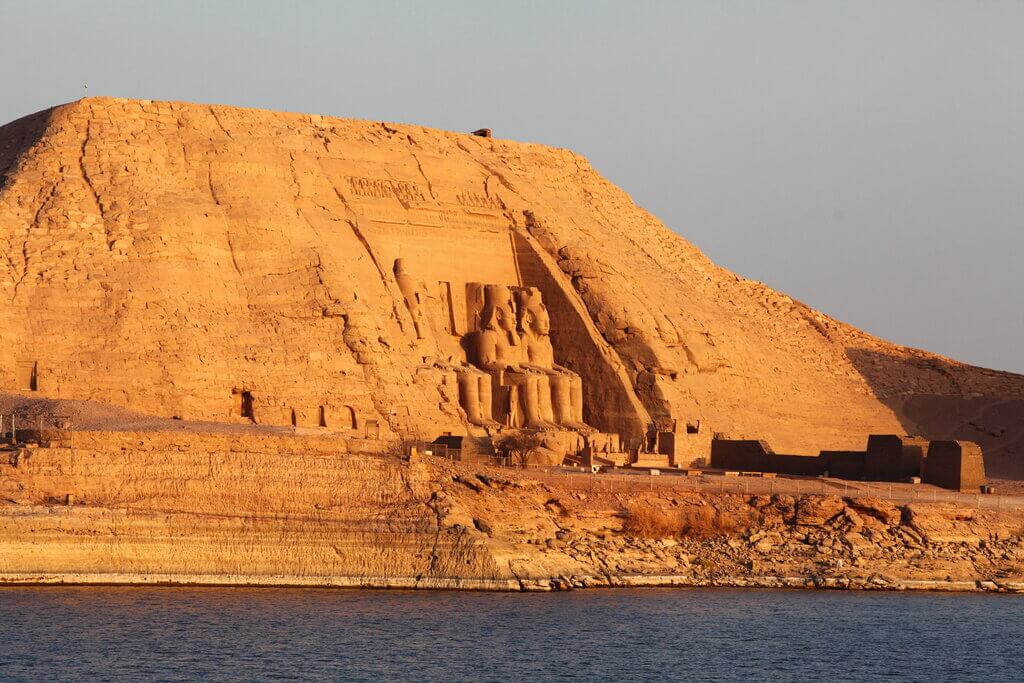 Wadi Halfa, with a scorching desert climate, is a city in Sudan state on the shores of Lake Nubia.

The Dongola weather station recorded the highest temperature between 1949 and January 2022. The 49.6 °C temperature record was reported for this location in June 2010. This temperature sets its record over the past 73 years. 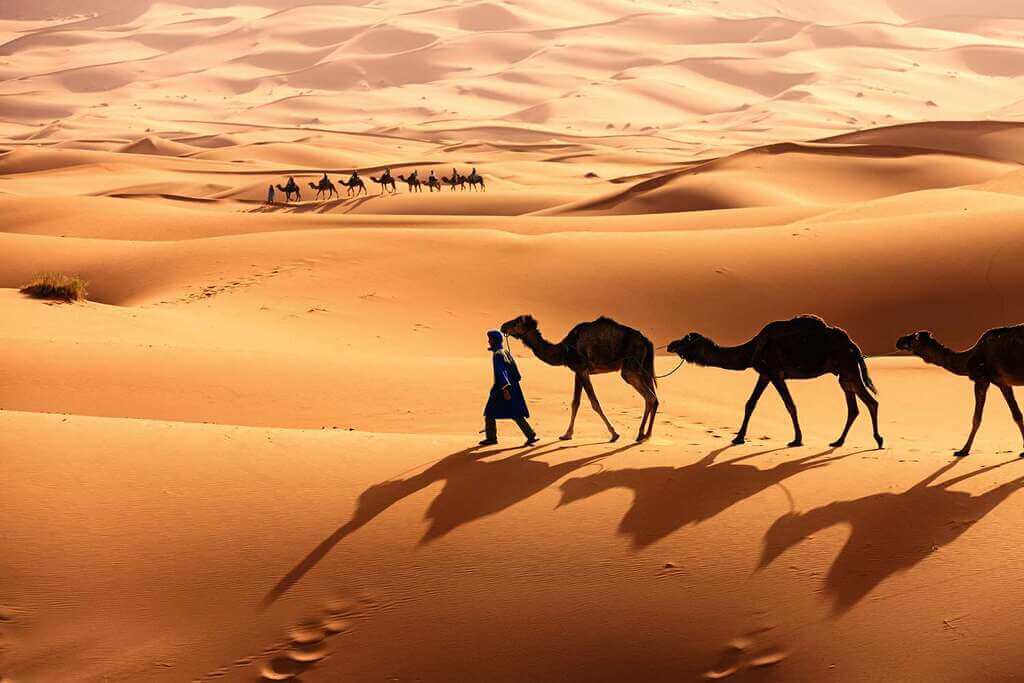 Located in North Africa, Sahara is the world’s hottest desert and has one of the toughest climatic conditions. The warmest temperature ever recorded was 58°C, while the average yearly temperature was 30°C. The weather is mostly sunny and dry, with almost no clouds.

The extremely arid deserts, geological location, and the absence of clouds radiating thermal radiation are some reasons for these temperatures. 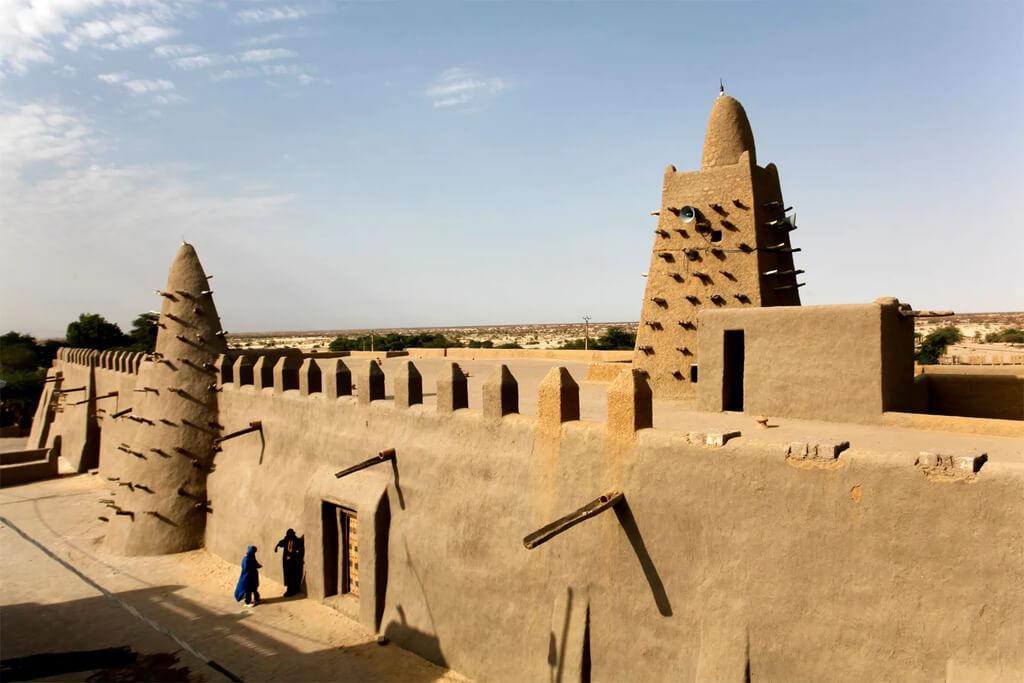 Timbuktu, a city in Mali, located north of the Niger river, remains hot even in winter. The temperatures here remain above 30° even during the mildest months with low temperatures. A record of 49°C shows that Timbuktu is one of the hottest place in the world.

After a severe famine in the city, this place completely began as a baand lifeless landeless. With giant dunes and dust, the citizens have to bear such high scorching heat. 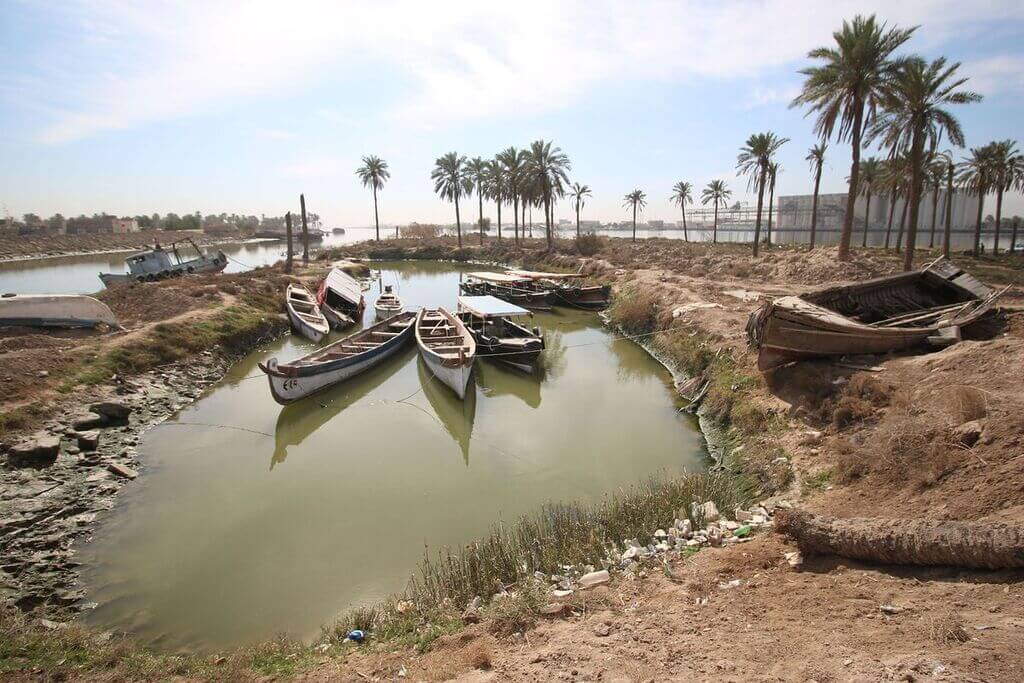 Basra, a city in Iraq, is one of the hottest places in the world (especially in Iraq), where the daily temperatures consistently increase beyond 50°C. The highest ever recorded temperature rose to 53.9°C (129°F) near Basra International airport on 22 July 2016.

The geographical conditions, the northerly and northwesterly winds, affect the Intensely heated land of Iraq. 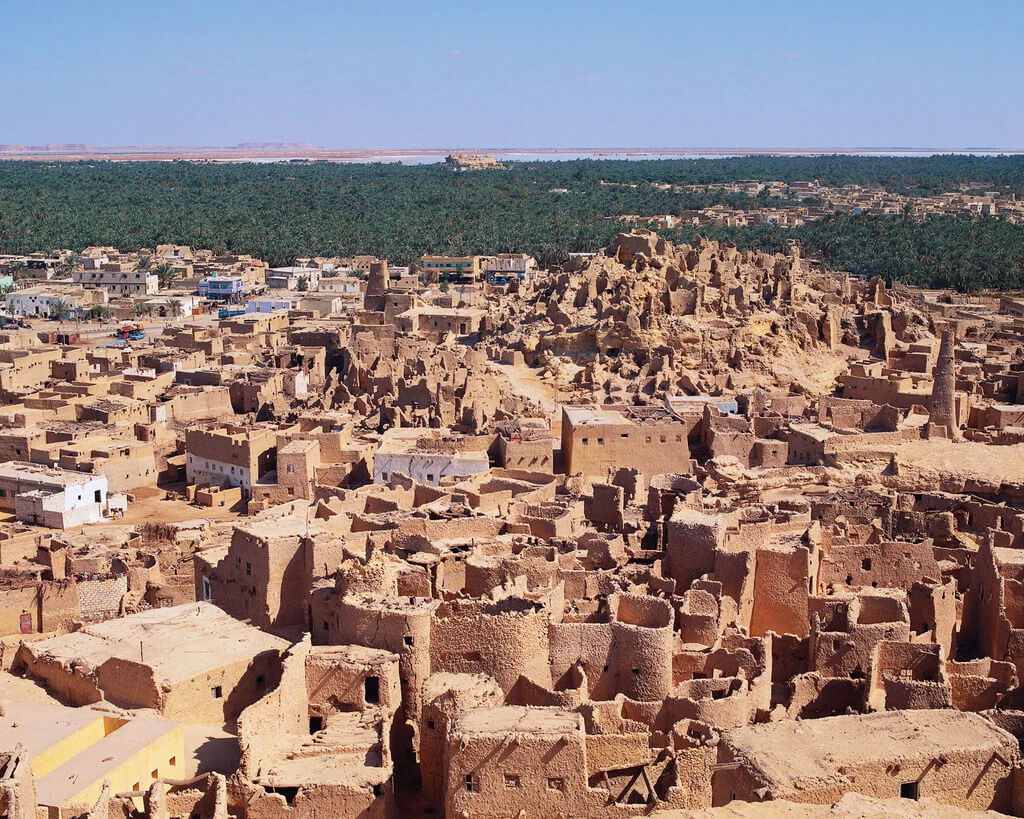 One of the most hottest places in the world, the highest record rises to 55.2°C (131.4 °F). Located in the southwest part of Libya, the average high temperature in July is roughly 41 °C (105.8 °F), and Ghadames experiences long, sweltering summers and short, mild winters.

It is also discovered as a world heritage site because of the old mud houses built. The mud houses beat the intense heat while one can stay cool inside. 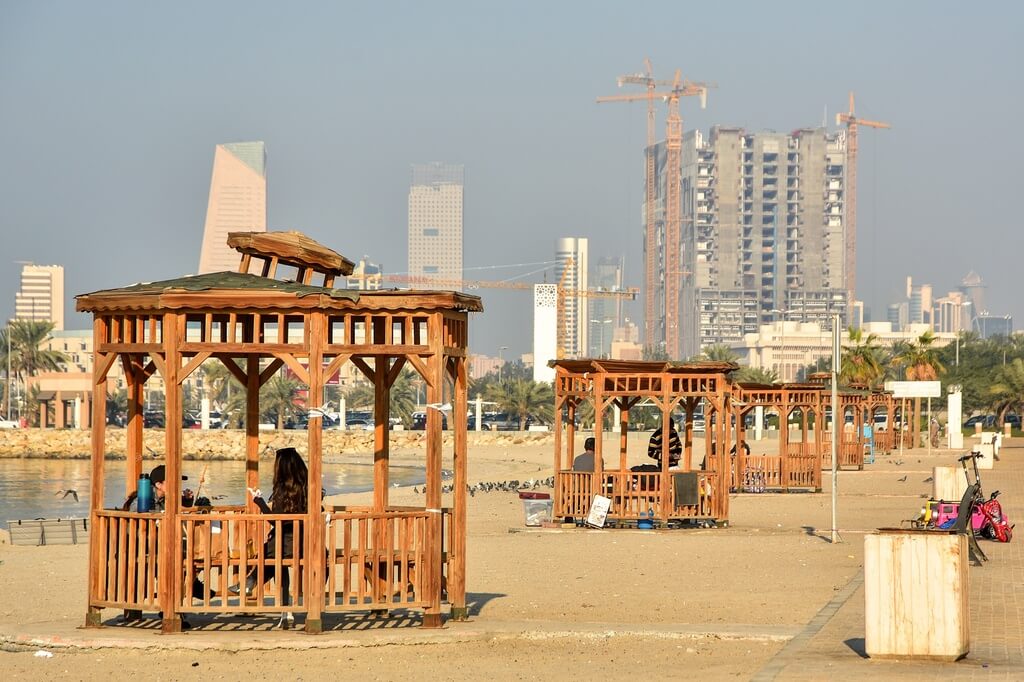 The investigations of the World Meteorological Organization, they recorded two places as the hottest places on earth. One of them is Mibribah, Kuwait with 53.9°C (129°F) on July 21, 2016.

“The Mitribah, Kuwait temperature is now accepted by the WMO as the highest temperature ever recorded for the continental region of Asia,” the organization wrote in a statement. 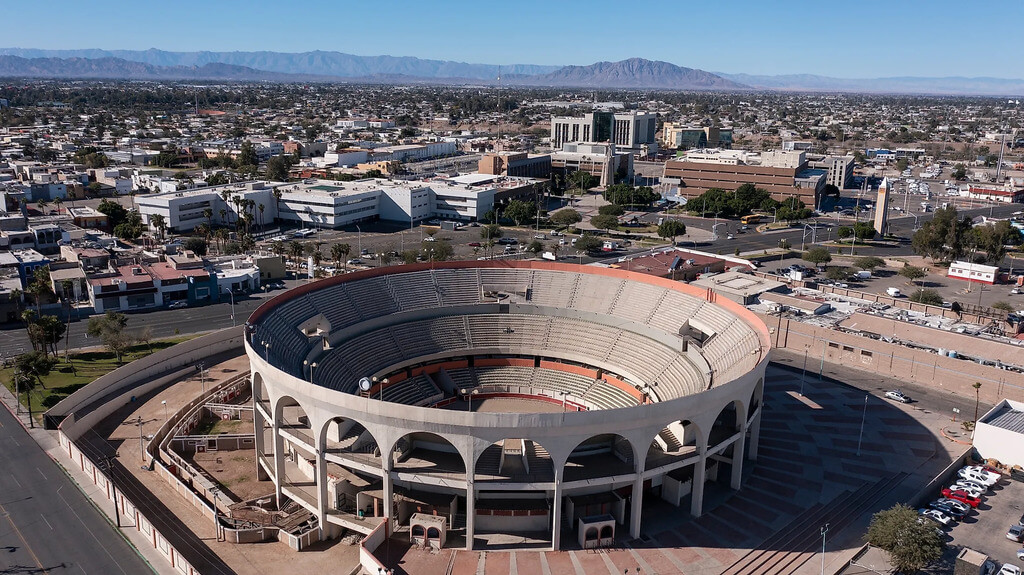 Mexicali is the capital of the Mexican state. Another place to be considered as the hottest place on earth, Mexicali recorded as high as 52°C (125.6°F) on January 13, 1963.

The temperature studies of the Mexico region have shown a quiet increase in the maximum temperatures and the intensity and duration of heat waves has increased. 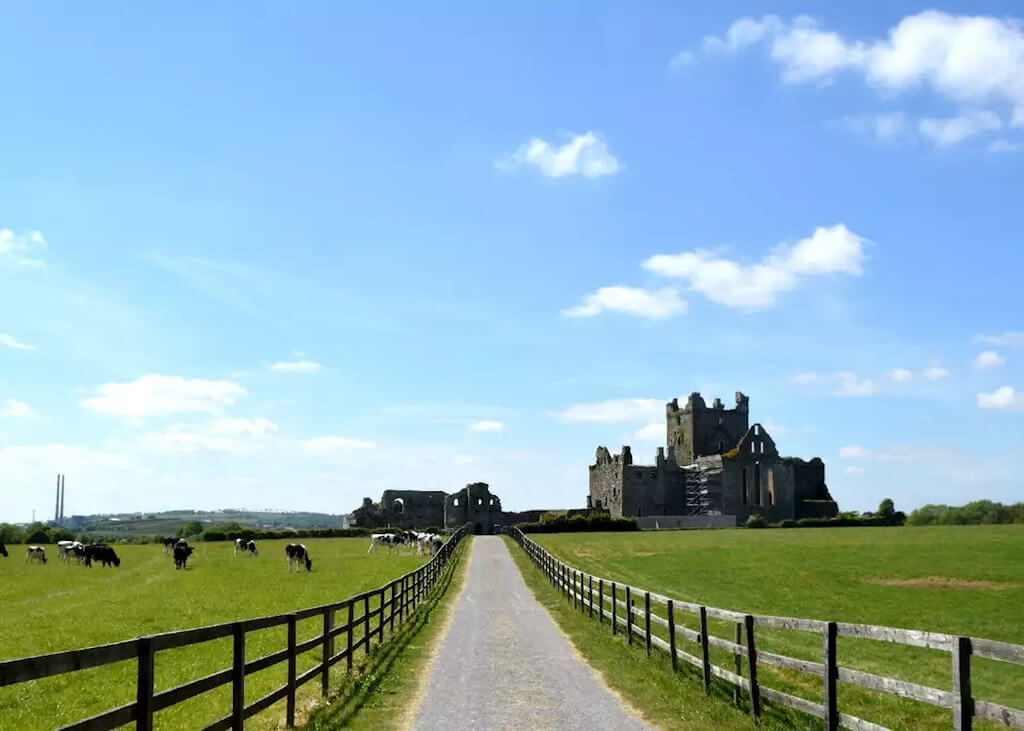 The highest recorded temperature in South Africa was 50°C in Dunbrody on 13th September 1922. Located in the Eastern Cape town in the Sundays River Valley, Dunbrody breaks the domestic heat records of South Africa. 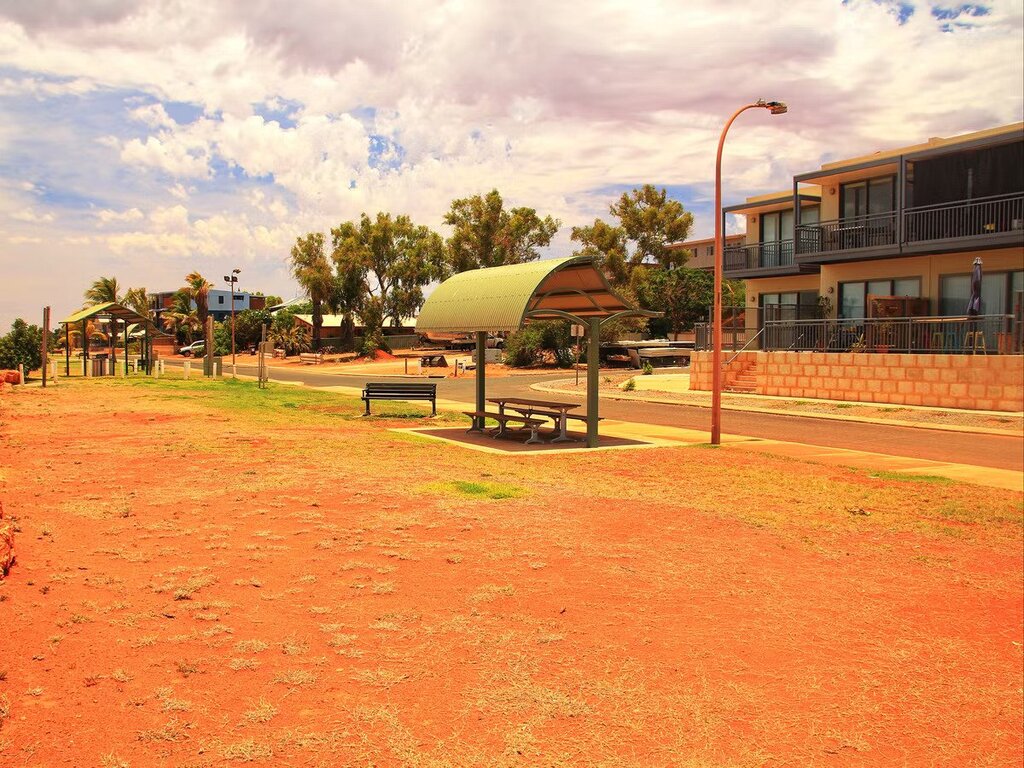 The two days with the highest temperatures ever recorded in Australia are 50.7°C (123.3 °F) on January 13, 2022, at Onslow, Western Australia, and January 2, 1960, in Oodnadatta, South Australia, respectively. And the temperatures regularly rise above 40°C.

Have you gone through these hottest places on earth? Can you bear the extremities of heat? You might have observed that the hottest places in the world are major deserts, rocky mountains, and dry and barren lands where lush green trees and water are absent. So do remember the intensity of heat when you go to these places. For more insights and information on travel industry, stay tuned to TVkart.

25+ Best Restaurants in Italy That You’ll Love to Visit

When Hurricane Season in Florida? All You Need to Know

Peanut Island Florida: Everything You Need to Know

How to wear red this fall